To minimize the effects of European elm scale, keep elm trees well watered and healthy. Prune out any dead or dying elm wood between October 1 and March 31 only.

To remove overwintering female scales before they can lay eggs, pressure wash branches after leaf drop in the fall or before bud break in the spring. On smaller trees, you can dry brush the branches instead of pressure washing to remove the scales. 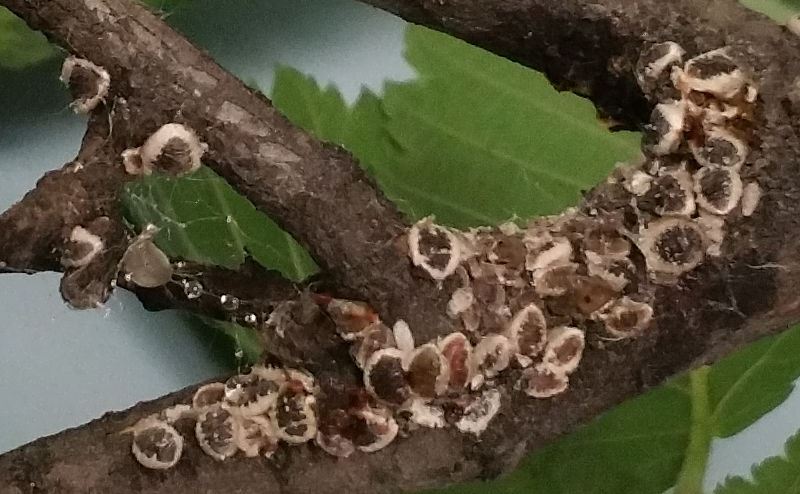 Appearance: Mature females are up to 2/5 inch (10 mm), oval and brown with a white, waxy fringe.

Imidacloprid is highly effective against this species.