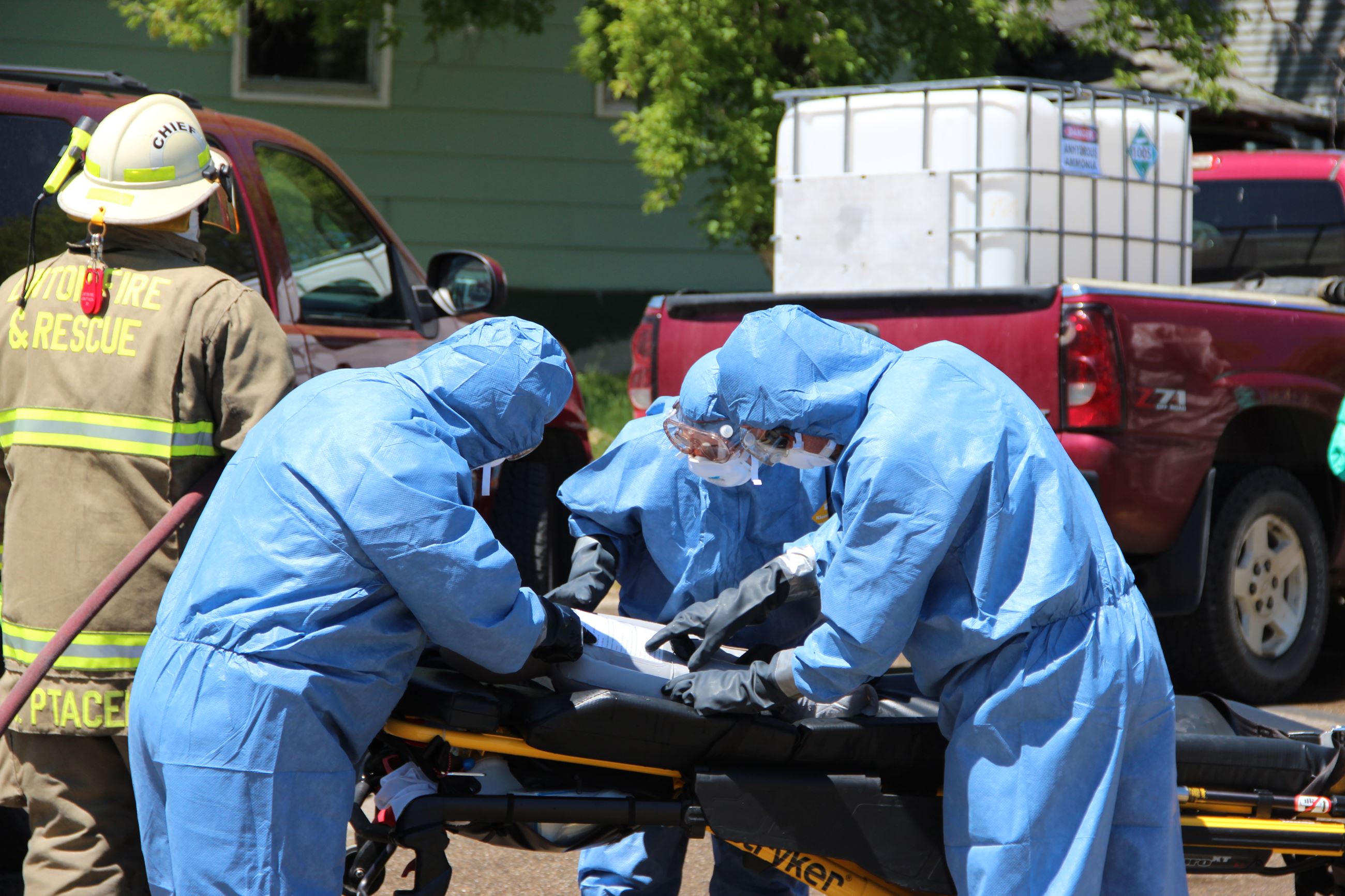 Anhydrous ammonia is a common chemical used throughout the United States. It is a source of nitrogen fertilizer for crops, so it is used readily in the agriculture industry. If anhydrous ammonia is handled improperly, or if a tank is damaged, it can be disastrous for whoever is in contact with it. Anhydrous is not only a corrosive liquid, but it can also be a poisonous gas. It is also a colorless, flammable liquid that is very attracted to water. Common symptoms from anhydrous injuries include severe burns to the eyes, skin, and respiratory tract. Long term exposure can be fatal. Large doses of water can help to dilute the chemical. Supportive care can help the respiratory problems that may arise.

Blister agents, or vesicants, cause skin burns and blisters, and can damage the eyes, airways, lungs, and other internal organs. Their action on cell components results in inhibition of cell division with a decrease in tissue respiration that eventually leads to cell death.

Nerve agents are extremely toxic chemicals and the effects of nerve agents occur almost immediately. Nerve agents disrupt the messages that are carried by nerves, so any exposure can cause tightness of the chest, excessive salivation, abdominal cramps, diarrhea, blurred vision, vomiting, convulsions and death. Treatment for these chemicals includes atropine, pralidoximine chloride and diazepam.

Suffocating agents are chemicals that, when inhaled, cause fluid to build up in the lungs, making it difficult to breathe and eventually leading to death. Many of these chemicals are found in common pesticides such as parathion or malathion.